In Search of a Unified Field Theory for Geek-Movie Evaluation 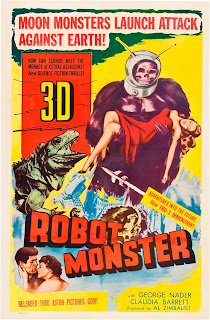 I want to state up front that this is a working theory and this blog post should not be misconstrued as me signing off on it, or even putting it into practice. I'm asking for field research, here. Okay, to business.

Everyone online is wrong about everything, okay? One of the things they are wrong about is the subjectivity of reviews, doesn't matter for what: their premise, the wisdom of the crowd, if you will, is to say that the things that a person does or doesn't like about a film are deeply personal, and so any critical comments regarding the film are, by the associative property, a criticism on the deeply personal things that a person feels or believes.

For the record, I do think that legitimate criticism is subjective, owing as much to the reviewer's depth of knowledge as much as the creative work being criticised, but that's not quite the issue at hand. We're talking about being able to praise or trash a movie, without regard to anyone's feelings, and also not hurting them intentionally or otherwise with collateral criticism.

This used to not be a problem. Back in the 90's, before the Internets, I could trash Star Trek: the Next Generation and still be called a Trek fan (I never was a Trekkie, but I was always a fan). Back in the early aughts, Rick Klaw and I were on a panel talking about Sci-Fi television and how bad most of it was, and the audience, hostile and flabbergasted in equal parts, kept throwing out suggestions to us, and we'd swat them down like Crash Davis at the batting cage. Afterward, people still bought our books.

Nowadays, you can't throw shade on any franchise for any reason without someone sending you a "Let People Enjoy Things" meme.

Email ThisBlogThis!Share to TwitterShare to FacebookShare to Pinterest
Labels: geek culture, Movies, Review, this is why we can't have nice things
Newer Posts Older Posts Home
Subscribe to: Posts (Atom)