Railroading and Sandboxing: The Saga of Krystos the Tailor 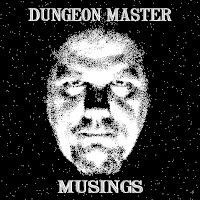 a brief scene from the superb modern-day western, Silverado (1985):

Cobb (Brian Dennehy): He says he doesn't care about anything, but he does. There's just no telling what it's going to be.

Cobb: Let me tell you about your friend Paden. Me and him, and Tyree, and a few others, we did a good bit of riding together a few years back. Business, you know, and, uh, business was pretty good.

Cobb: We were moving around a lot, the way you have to in that line of work, and somewhere along the line we picked up this dog. One of the boys took to feeding it, so it followed us everywhere. Anyway, this one time we were leaving a little Missouri town in quite a hurry, a bunch of the locals on our tail, and this dog somehow got tangled up with Tyree's horse and Tyree went flying.

Cobb: Tyree was pretty mad when he jumped up, and, being Tyree, he shot the dog. Didn't kill him, though. But before you know it, Paden is off his horse and he's holding this dog. He'd gone all strange on us. Said we should go on without him. Hell, I thought he was kidding at first. But he wasn't. Tyree was ready to plug 'em both. And all this with the posse coming down on us. Yeah, I thought we were pals after all that riding we done together. (Paden Enters, walks to Cobb) And all of a sudden, he's more worried about some mutt. Well, we did like he asked, and we left him, and he went to jail for a dog.

Cobb: And you want to hear the funny part? Paden didn't even like that damn dog.


Paden (Kevin Kline): It evened out in the end. They locked me up. The dog sprung me.

I shared that with you for two reasons. One, if you haven’t seen Silverado, you absolutely should see it as soon as possible, as it will give you a ton of ideas for RPG games, scenarios, and characters. Trust me on this. It’s the Ur-Western. And two, I wanted to make this point: Players are a lot like Paden.

There’s no telling what they will care about. Could be something big, or something little, but mostly, it’s something so damn random there was no way to plan for it. My most recent brush with this truism happened a few weeks back in the game I’m running.

One of the players had gold that was burning a hole in his pocket and insisted on looking for a local tailor to buy a new cloak. It was a small town they were in (my heavily shifted Saltmarsh, called Graystone Bay), and as I pretended to consult my notes, I decided that there would be a single tailor’s shop, and that he’d be a guy who was ill-suited for the grimy little town he was in.

Okay, so here we go:

Me: You open the door and the bell rings, and you see a middle-aged, portly man, immaculately dressed, come walking towards you, smiling, arms outstretched. “AH, my friend, welcome welcome welcome to my shop. You have such good tastes to even set FOOT in here. I am Krystos and what I don’t got, I cann’a make you, no problem!” He hugs you and kisses both of your cheeks. “Now, what cann’a I do for you?” 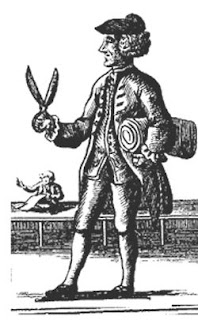 I delivered this in an accent that was half-Italian, half-Greek, and all camp. And even as I was in the middle of it, I realized, too late, that I had created a Moment. The players, four young men from the ages of 18 to 21, stared at me with their mouths hanging open and then burst into hysterical laughter.

Well, shit. We spent the next thirty minutes with me in full-blown improv mode, as I explained to them why my cloaks were three times as much as you’d find anywhere else. I gave Krystos magical needles that produced nearly invisible stitches. I fleeced the characters for a lot of gold, figuring they would write it off as a lesson learned. 150 gold for a cloak, even one with the tag, “very fine” in front of it, is a little much.

Nope. Didn’t matter. They’ve been back to Graystone Bay four times now. And every time, they pick up clothes they had ordered and buy new ones to go with them. They’ve begged Krystos to join them, offered him free passage to Farington, if he would only make a dress uniform for the ship’s captain. They’ve volunteered to set him up in another town. These four guys have turned into virtual clothes horses. They’ve spent more money on clothes than they have magic items and potions. They love The Krystos.

Of course, despite that initial encounter derailing the adventure for half an hour the first time, I now have a hell of a story hook. They are about to leave Graystone Bay for the big city, Farington, and they know that’s where Krystos is from. I’ve got plans to drop Krystos on them at an inopportune moment, begging for their help. Knowing my guys, they will drop everything to help the tailor out. The tailor. They are fighting Devil Fish, struggling against the forces of chaos itself, and slowly assembling a game-breaking artifact for an as-yet-undefined purpose. But they will fight to the death to save Krystos and tell the Devil Fish to go pound salt.

What started out as a note on my session sheet: Krystos—Tailor, big fish in small pond, has now become a notable NPC with a great backstory and, incidentally, a secret that will plug back into the larger campaign.

This is what happens in a sandbox campaign. You improv your way into creating brilliant ideas on the fly. Dropping Krystos into their well-laid plans like a grenade may seem like a way to control the players, but it's not. This is not railroading, as far as I’m concerned. It’s acknowledging the win and using it to move your story along. After all, Krystos happened organically, in an unscripted series of developments. It was the players who set their own hooks on him, not the other way around.

As a DM, it would be a huge misstep not to use it in the game I’m running.  He will become a very real, very agonizing choice for the group at some point. All I have to do is find the right leverage point, and before they know it Krystos will appear before them in some dramatic fashion; he will burst into tears and say, “Oh, my friends! I don’t know what I’ma gonna dooo! You must help me! My life depends on it!”

As Darth Vader would say: “All too easy.”